Internet Where It Did Not Exist.

We have become so very accustom to accessing our data where ever we are, this becomes much more important once in trial.  We have taken local copies of the data thinking it was enough, but it never seems to cover everything.  So how do you get access to the internet when cell phones cannot even get a signal?

This happened to us on a very large trial in Orange County, the courtroom we were using happened to be right next door to a maximum security courtroom.  You know the ones, cell phone dampening with all the bells and whistles.  The wonders of this type of tech is that it tends to bleed, making cell phones basically useless in our courtroom.

Try To Do It The Right Way.

We got a court order signed asking for an internet circuit (one each for each side) to be installed in the courtroom.  Yea this was going to be easy.  Well that was the thought, not so much in reality.  The Judge yelled, I made phone calls stopping the attempted internet install… All fun and games.  After the yelling and the calls we all settled down, the judge made it very clear what he expected and that was it.  He expected a little “black box” and was not going to listen to the reasons why a little “black box” would not work.  Ahhh you have got to love this job.

Internet Or Your Job.

This was not explicitly mentioned, just implied, what you going to do?  There are a few things you need with a request like this. 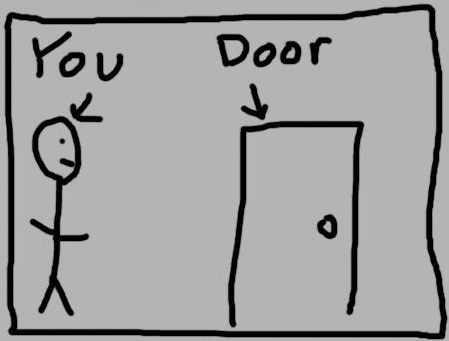 One and three check, two not so much…  Now we research.

We know standard cell phone reception wont work, but what if we use high gain antennas to help boost the signal.  Ummm no.  The interference from the other courtroom was way too strong, maybe one or two people could use the cell based internet but with VPN traffic and general browsing we needed to support, this would never work.

After some beer and very serious internet research we had a cunning plan.  Very high powered WiFi, ahh yes the idea still gives me goose bumps…

The high powered WiFi devices are made to bridge networks miles apart (but only with line of sight at the time of this project).  When trying to get internet into a courthouse without line of sight things become just a little harder,  well that is what our three prototypes told us.  With time, money and people we came up with a working solution and as luck would have it we also had a war-room across the road, the system consisted of;

1 x bankers box (keep everything hidden in the breakout room)

BTW i am not going to tell you exactly what was used.

Lets just say there was no difference between the internet speeds measured at the router or at the courtroom.  This system continued to work throughout our multiple month trial, we watched as the other side scurried around trying for internet reception.  Towards the end of the trial they realized we had internet, but could never workout how it was accomplished, apparently the bankers box was a great disguise.  And yes we won the trial…